Come and Join us for a few fun bingo games. Warm your toes and your heart by filling your afternoon with friends and fun!

Join us for lunch and learn about “Elite Homes” from Greg Agnew of Heritage Winnipeg.

Join us for lunch and learn about “The Exchange District” from Greg Agnew of Heritage Winnipeg.

Please join us for lunch and entertainment from the Scandinavian Cultural Centre house band.

Please join us for a tasty lunch and the musical stylings of Bob Williams. Bob will be performing music from the 50’ 60’s and beyond.

Join us in the kitchen for a fun time preparing simple recipes to share with your kitchen mates. Facilitated by a WRHA volunteer.

(NOTE: You should anticipate staying for 2–2.5 hours each session)
Registration deadline: If you would like to know what is on the menu or if you have any other questions, please contact Amanda at 204-940-3261.

Lunch and a Movie

A husband (Morgan Freeman) and wife (Diane Keaton) spend a hectic weekend pondering the sale of the apartment they've shared for more than 40 years.

Despondent over the marriage of her ex-husband to a younger woman, a middle-aged divorcée plunges to her death from her penthouse. At the woman's funeral, her former college friends (Bette Midler, Goldie Hawn, Diane Keaton) reunite for the first time in nearly 30 years. When the three discover the reason for their friend's suicide, they realize that all of their ex-husbands have taken them for granted -- and deciding it's time for revenge, they make a pact to get back at their exes.

When a young girl and her dying mother are joined by a black male cook who comes to live with them, little do they know that their lives are about to change forever.

When yet another anniversary passes without a marriage proposal from her boyfriend, Anna (Amy Adams) decides to take action. Aware of a Celtic tradition that allows women to pop the question on Feb. 29, she plans to follow her lover to Dublin and ask him to marry her. Fate has other plans, however, and Anna winds up on the other side of the Emerald Isle with handsome, but surly, Declan -- an Irishman who may just lead Anna down the road to true love.

Thursday, March 30th: The Blind Side

Michael Oher (Quinton Aaron), a homeless black teen, has drifted in and out of the school system for years. Then Leigh Anne Tuohy (Sandra Bullock) and her husband, Sean (Tim McGraw), take him in. The Tuohys eventually become Michael's legal guardians, transforming both his life and theirs. Michael's tremendous size and protective instincts make him a formidable force on the gridiron, and with help from his new family and devoted tutor, he realizes his potential as a student and football player. 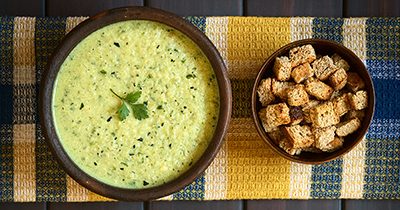